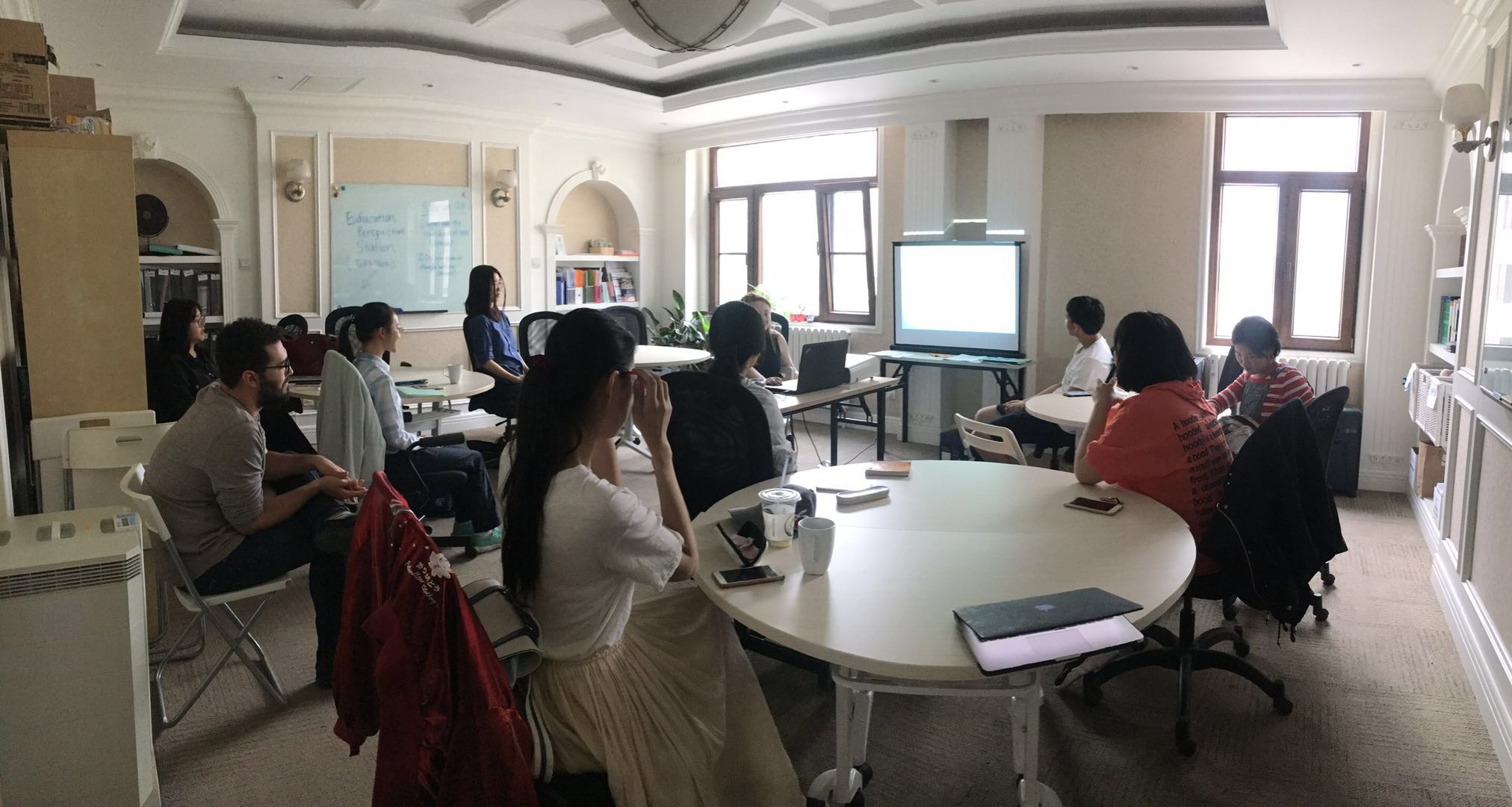 Elite Scholars of China hosts a great variety of events for its students, encouraging them to follow their passions and explore their interests. Typically held in the fall, Super Scholars is a series of events that exposes students to different aspects of American culture. Super Scholars is open to all ESC students, but Junior Scholars are especially encouraged to attend. It’s a great way for students to learn about things they wouldn’t necessarily see in school. Previous Super Scholars have focused on topics like goal setting, Internet culture and memes, a breakdown of Thanksgiving and Christmas holiday traditions, and millennial culture.

On May 12th I led a Super Scholars on the humanities versus STEM debate. Students were introduced to many facets of the debate: social stereotypes, psychological myths, and generalizations about job prospects. Unlike in many other countries, in the U.S. students have a considerable amount of freedom to choose what they want to study. For example, most undergraduate students do not have to declare a major until the end of their sophomore year.

In contrast, many worldwide educational systems demand that high school students choose a track before applying to university and cannot change their course of study after starting university. Perhaps because of this flexibility in the American education system, many generalizations have come to rise about students who study humanities subjects – e.g. philosophy, English, history, creative writing – and those who study STEM subjects. For example, STEM subjects are considered to be more difficult and have more time-demanding workloads. Graduates with STEM majors are also assumed to be more valuable in the job-market and to have an easier time finding jobs.

The psychological myth of the “Left Brain-Right Brain” theory also contributes to these stereotypes. This theory is based on the assumption that each side of the brain controls a different type of thinking, and that people have a tendency to prefer one “stronger” side over the other. Based on this theory, “Left Brain” people are logical and objective, as the left side of the brain is in charge of deductive logic and reasoning (these are STEM people). Similarly, “Right Brain” people are considered creative and intuitive, as the right side of the brain handles spatial information and visual comprehension (these are humanities people). Although some aspects of the Left Brain-Right Brain theory are factually accurate, the theory itself is an over-exaggeration of these facts, and fails to recognize the complex nuances of the brain. In reality, both hemispheres of the brain work together to process information, regardless of whether a course is classified as humanities or STEM.

During this Super Scholars, ESC students were able to learn more about the American education system and how it differs from their own Chinese school system, and examine stereotypes about humanities and STEM students they may have encountered. During our station discussions, student opened up about their own experiences. One junior talked about the conflict between her interest in Humanities and her parents’ pressure to study STEM in order to get a job in the future. Others talked about how they love certain STEM subjects and have very little interest in the Humanities. In the end, students walked away with a fresh perspective on the classes they are taking in high school, the flexibility of the U.S. education system, and a distinction between myth and fact when discussing stereotypes in this debate.